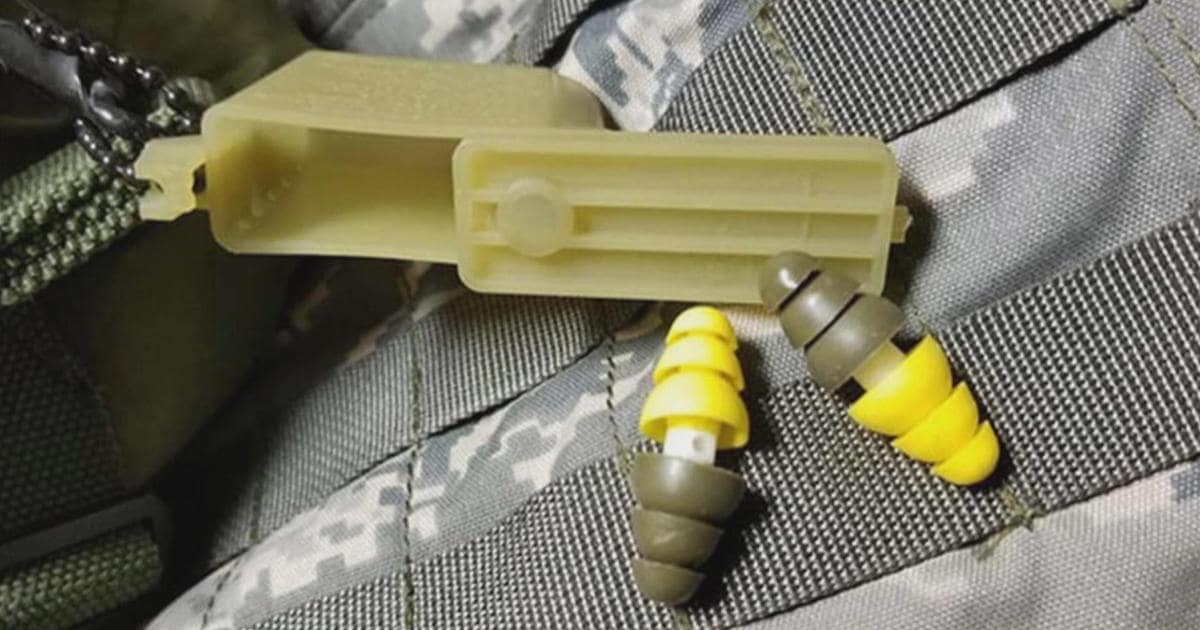 Veterans are filing lawsuits against a government contractor that manufactured and sold defective combat earplugs to the military. The earplugs didn’t maintain a tight seal and allowed dangerously loud sounds to slip through without the wearer knowing.

The lawsuits allege that Minnesota-based 3M Company designed the earplugs in a defective manner and failed to warn users of the defect or to provide proper instructions for their use, according to a copy of one lawsuit provided to Military Times.

The failure allegedly resulted in hearing loss, tinnitus and loss of balance in those who used 3M’s trademarked, dual-ended Combat Arms earplugs during their military service between 2003 and 2015.

As of Aug. 15, 2019, 3M Company and its subsidiary, Aearo Technologies, faced 2,051 lawsuits in a Florida federal court for their dual-ended Combat Arms Earplugs. Soldiers and veterans accuse 3M of knowingly committing fraud against the U.S. military, failing to warn the military and soldiers of the earplugs’ defects, and falsifying earplug test results — among other allegations.

Tinnitus is characterized as intermittent or continuous ringing in the ears and can vary in volume levels. The most common disability among veterans is tinnitus because of their exposure to extremely damaging levels of sound such as gunfire, aircraft, machinery, explosions, and name just a few. 3M’s Dual-Ended Combat Arms earplugs were supposed to provide protection from these damaging noises but were found to be severely ineffective, leaving military personnel vulnerable to tinnitus and hearing loss. Many veterans who are afflicted with tinnitus find that this health condition may cause life-altering consequences, such as difficulty concentrating and sleeping., and in most cases, the condition is permanent.

Tinnitus can cause annoying sounds in quiet surroundings that only the sufferer can hear which include:

3M’s Dual-Ended Combat Arms have also caused severe hearing loss among troops and veterans. This health condition is the third most prevalent health problem for people in the U.S. and a top medical issue for military personnel. Hearing loss can be a devastating long-term and permanent condition. Since hearing loss is often untreatable, it is essential to follow the right prevention techniques for hearing loss.

A person’s hearing may fade away gradually and as the condition worsens, a person may find it increasingly difficult to hear others clearly and may ask others to speak up. A person may also experience ringing in the ears and sensitivity to sound.

As of April 2020, over 140,000 service members and army veterans suffering from hearing damage have joined the defective 3M earplugs lawsuit. How many people? 3Ms dual-ended Combat Arms earplugs may have caused thousands, if not millions, of our soldiers to suffer hearing loss and tinnitus, and the pain and suffering that comes with these conditions.

Typical victims are veterans between the ages of 30 and 49 who served in the Army and allege a combination of tinnitus and hearing loss. Consumer Coalition is getting calls, web inquires, and emails from victims with hearing issues seven days a week about these claims. In the 3M CAEv2 earplug lawsuits, it's our turn to fight for the same brave men and women that have fought to protect us all.

Thousands of veterans and current military service members may be entitled to receive financial compensation for hearing loss and tinnitus caused by defective earplugs. The Combat Arms Earplugs were manufactured and sold by 3M to all 4 branches of the U.S. military. If you or a loved one were an actively deployed servicemember between 2003 and 2015 and have been diagnosed with partial or total hearing loss or tinnitus caused during service in the U.S. military, You may be eligible for compensation for the pain, suffering, medical expenses and other losses associated with the Hearing Loss.