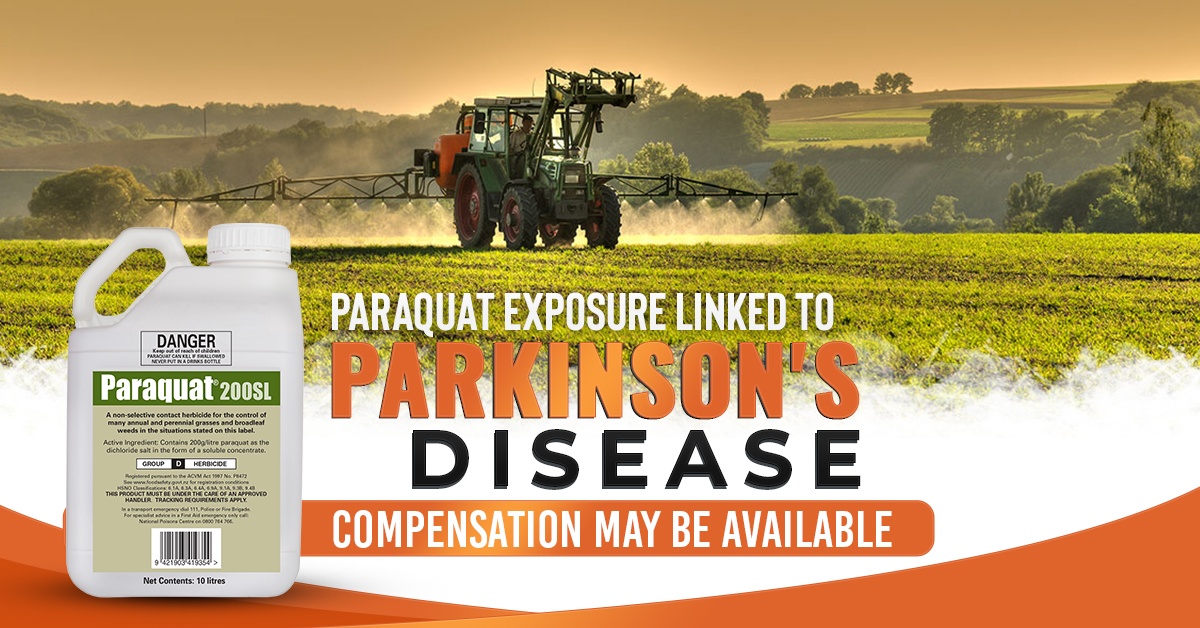 Farm and Agricultural workers who developed Parkinson's Disease after mixing, spraying, or being exposed to PARAQUAT may qualify for significant financial compensation.

A series of important studies found that commercial agricultural workers, including farm workers, golf course maintenance crews and greenhouse workers, who were certified and trained to use Paraquat, as well as bystanders exposed to spray drift, may have suffered serious injury due to the toxicity of the herbicide.

The makers of Paraquat herbicide REFUSED to include warnings on the label, increasing the risk of injuries from Paraquat exposure for farm workers, golf course maintenance crews, horticulturalists, and others who used or were exposed to the toxic chemical.

Paraquat is often used to control weeds in soybean, corn and other crops, grapes and orchards, pasture and hay fields, and to defoliate cotton. Studies show that workers who mixed, sprayed, or were exposed to the chemical are at higher risk for developing Parkinson's Disease.

The network of attorneys at Consumer Coalition have vast experience holding big corporations accountable for concealing the true dangers of consumer products. Consumer Coalition intends to hold the makers of Paraquat accountable for refusing to disclose the risk of Parkinson's Disease on its label and putting profit before people. Across all areas of practice, they have successfully obtained billions of dollars in verdicts and settlements on behalf of their attorneys' clients.

Lawsuits are being filed on behalf of farmers, agricultural workers, and other licensed chemical applicators who were exposed to Paraquat and subsequently developed Parkinson's disease. If you or a loved one have been diagnosed with Parkinson's disease after using Paraquat, the time to file a claim is now. You may be eligible for significant financial compensation for your pain and suffering. Don't suffer in silence. Get a free claim review to see if you are eligible to receive compensation.