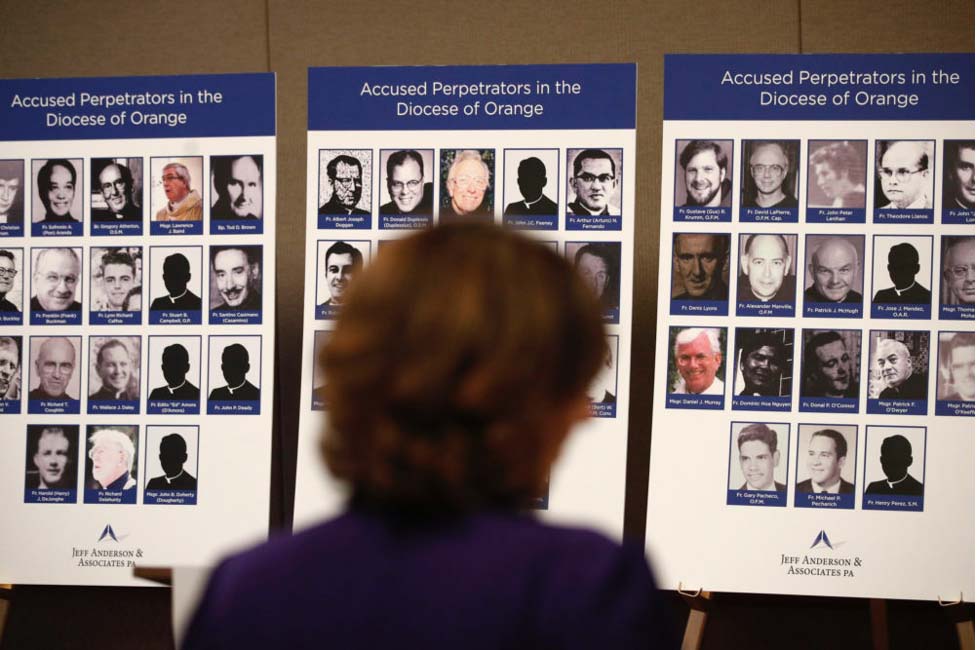 Victims of the Catholic Church Can Finally Fight Back

Child sexual abuse is among the most heinous crimes a person can commit. After a Boston Globe investigation uncovered the horrific truth about the Catholic Church’s long and rampant history of priest sex abuse in the 1990s, more and more survivors have come forward to share their own stories of sex abuse. Clergy abuse is an ongoing problem that has kept survivors from living full and fulfilling lives through no fault of their own. In August 2018 a grand jury in Pennsylvania released a report detailing 70 years of childhood sexual abuse — and the coverups.

Childhood sexual abuse is traumatic, often leaving survivors with long-lasting physical and psychological issues. Depression has been found to be the most common long-term psychological symptom among survivors, according to a study on the long term effects of childhood sexual abuse. Other symptoms may include: Anxiety disorders, Eating disorders, Personality disorders, Post-traumatic stress disorder, Relationship and intimacy issues, and Somatic disorders.

While advancements have been made in stopping the abuse and holding clergy accountable, there are still problems with how these cases are handled. Still, there are legal actions that you can take to potentially hold your abuser accountable. Clergy sex abuse lawsuits will never change the past, but they do have the power to change the future - YOUR future. Now is one of the best times to file a claim since you may have the support from the legal system, the Catholic Church, and other organizations. Victims are increasingly speaking up about what happened and are getting the help and support that they need.

Compensation May Be Available for Victims of Clergy Sex Abuse

In total, Catholic dioceses in the United States have paid more than $3 billion in sexual abuse settlements over the course of several decades. Individual settlement amounts range considerably depending on the unique circumstances of each case.

For clergy abuse survivors who have been forced to bear the burden of past or present sexual abuse, their physical and mental scars may last a lifetime. However, survivors may have options to receive clergy abuse compensation for their suffering and to hold their abuser(s) accountable.

Some states have even set up special compensation programs to help victims cover the costs associated with abuse and its lasting trauma. In Pennsylvania compensation funds appear to be modeled after the New York compensation fund, and have paid out about $200,000 per victim, according to a report in the Philadelphia Inquirer.

No amount of money can undo the damage by pedophile priests and other church officials. However, compensation can play a small part in reducing a survivor’s financial and emotional burden.

What Should I Do if I or a Loved One Suffered from Clergy Abuse?

If the abuse is recent, contact the police as soon as possible. Law enforcement can investigate the accusations, but there are limits to how long they have to do this. If the statute of limitations, the legal limit to filing lawsuits and investigating crimes, runs out, then it may not be possible to hold your abuser responsible.

Consumer Coalition has vast experience with clergy abuse. We were established upon one fundamental principle: to stand up for the voiceless and help provide them with a say in the American legal system. If you are a survivor of clergy sex abuse, one of the most difficult — but important — things you can do is step forward. The voices and stories of survivors have power. For many men, women, and children who have been sexually abused, they were likely not their predator’s only victim. With the help of a clergy abuse law firm, survivors might stop a cycle of abuse and keep their abusers from finding new victims. If you or a loved one suffered from clergy abuse, you may be entitled to compensation through the help of a clergy abuse law firm. The compensation that you may receive may help with your treatment expenses. Partnering with a clergy abuse lawyer can give you the chance to work out the details of your case and determine which legal steps, if any, are in your best interest. It can also help with the legal process so that you can focus on your recovery.