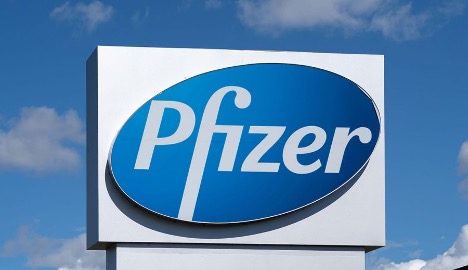 Rheumatoid arthritis is a chronic disorder for which there is no known cure. Fortunately in the last few years, a shift in strategy toward the earlier institution of disease modifying drugs and the availability of new classes of medications have greatly improved the outcomes that can be expected by most patients. The goal of rheumatoid arthritis treatment now aims toward achieving the lowest possible level of arthritis disease activity and remission if possible, minimizing joint damage, and enhancing physical function and quality of life.

Treatment of rheumatoid arthritis aims to relieve symptoms, reduce pain, prevent future damage, and improve quality of life. Xeljanz (tofacitinib) was first approved and released in 2012 by pharmaceutical giant Pfizer. Xeljanz was a groundbreaking new type of drug called a JAK inhibitor which has a unique internal effect on certain types of cells. Xeljanz is the the first oral medication for the treatment of moderately to severely active rheumatoid arthritis who did not do well with methotrexate.

But in February 2021, the Food and Drug Administration (FDA) reported on clinical trials showing Xeljanz was also associated with serious heart-related problems and cancer. According to the FDA, both the 5mg and 10mg doses of Xeljanz caused a higher risk of these injuries.

As a result of these findings, the FDA required Pfizer to add a black box warning to its Xeljanz product labels, alerting patients and healthcare providers of the increased risk of blood clots and death with twice-daily doses of 10 mg each. These risks most affected rheumatoid arthritis patients who were at least 50 years old and demonstrated at least one cardiovascular risk factor. Pfizer did not warn about blood clot risks prior to the placement of this black box warning, which was ultimately added in July 2019. Pfizer changed its Xeljanz labeling to include a boxed warning that describes a heightened risk of sudden cardiovascular-related death.

On September 1, 2021, the FDA required a modified black box warning on Xeljanz disclosing these risks. The current warning states that:

"Serious infections leading to hospitalization or death, including tuberculosis and bacterial, invasive fungal, viral, and other opportunistic infections, have occurred."

Xeljanz Side Effects may have included:

Symptoms that warrant immediate treatment include:

People who took Xeljanz for RA, PsA or UC and suffered injury may be eligible for compensation through a Xeljanz lawsuit. Injuries which may have been caused by Xeljanz include:

Our guess, and it is just speculation, is that average compensation will be between $100,000 and $200,000 and the cases that go to trial will average in the millions. his has long been our lawyers' opinion and the FDA announcement in September 2021, only strengthens that opinion.

Several hundred thousand people in the U.S. were taking Xeljanz to treat their arthritis. If or loved ones of those who have been injured after taking Xeljanz you may be eligible to seek compensation for your injuries, including medical expenses, lost wages, and pain and suffering.